Can't believe I actually did it!

I'm not sure I've ever actually completed a larger SAL on schedule, so my mind is blown that I somehow did two this year! The first was the Jardin Prive piece and the second is this design by Cecilia Votta, which I just finished yesterday: 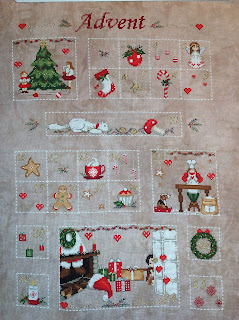 I even started this one a month or two late but most of the blocks were small and stitched up quickly so I was able to catch up early on and stay on track. The final block was fairly involved and took just over a week to finish: 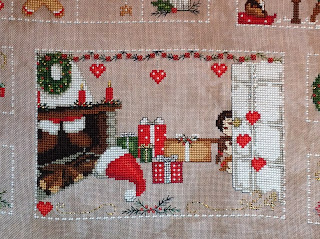 I was looking forward to being done with SALs for a while but then I just had to start The Rooky Wood by Tempting Tangles which will go until next June, so let's see if I can do it again!

Karen Kluba of Rosewood Manor had posted a bunch of pictures on FB of her room at the Needlework Galleria a couple of weeks ago and one picture in particular caught my eye: 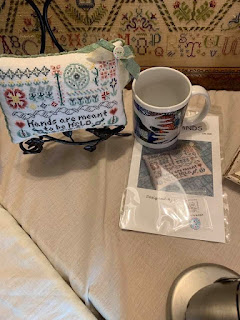 The part that really drew me in was the alphabet on the large framed piece behind the main display--isn't it pretty? I had never noticed it before so I started looking through all of Karen's designs and finally found it on Parchment Tapestry: 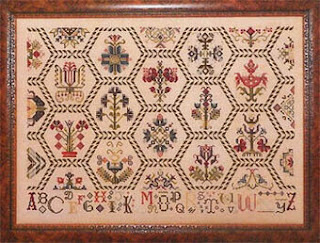 I've seen this design before but the flower panels always drew my eye in and I just never noticed that pretty alphabet at the bottom. Karen kindly offered to send the chart to me and it arrived last week; I've ordered the WDW floss and when that has arrived I'd like to work on this once in a while as time permits. Of course the alphabet is at the bottom so it will probably be a long time before I actually get to stitch that part, but it will give me something to look forward to in the coming months.
Now it's back to work on the model, and the next part of Rooky Wood that will be released on Thursday. Must stitch faster...
Hope everyone has a great stitchy week!
Posted by Melanie at 6:00 AM 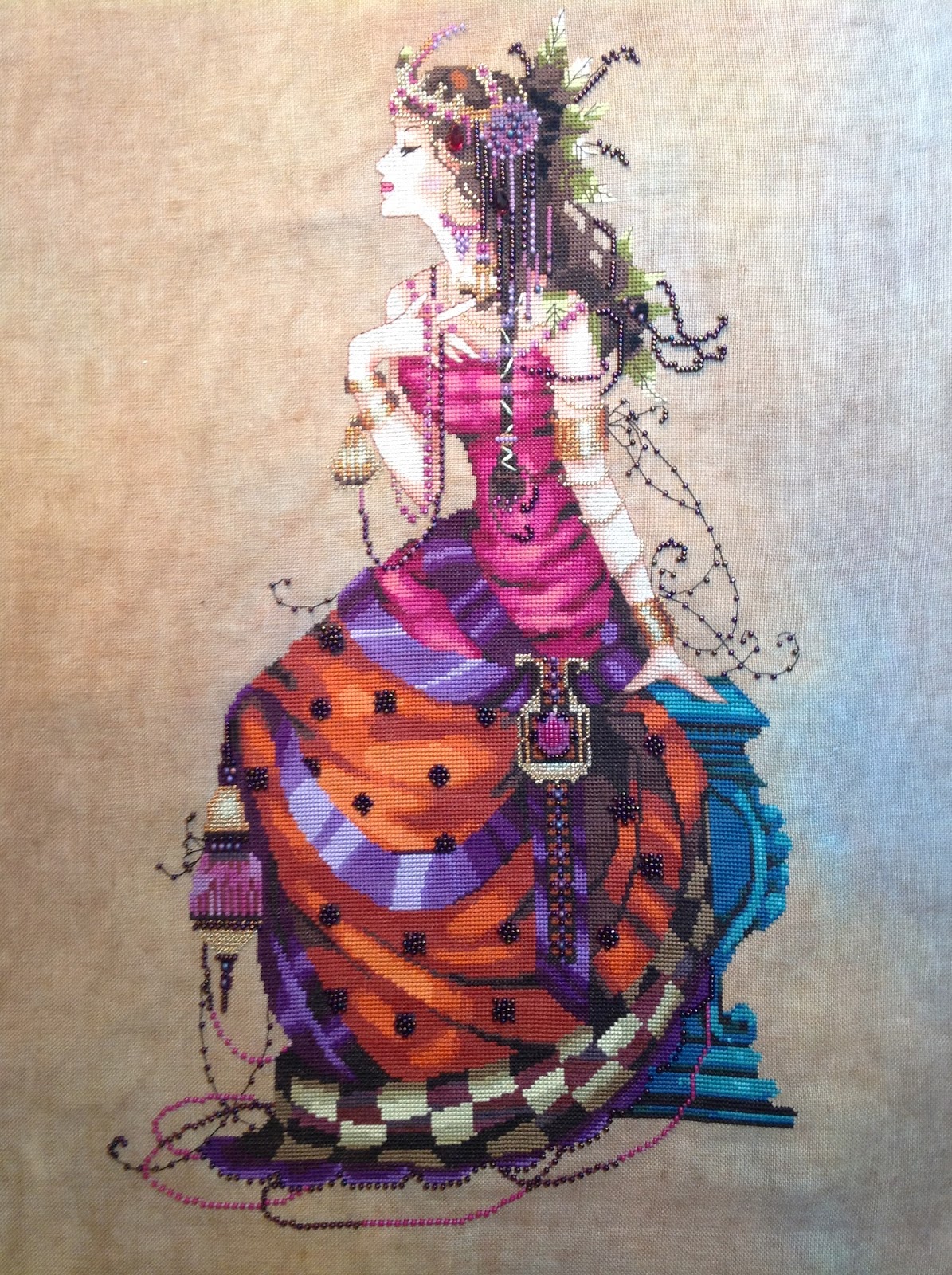 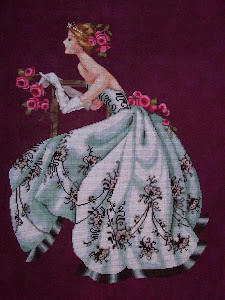 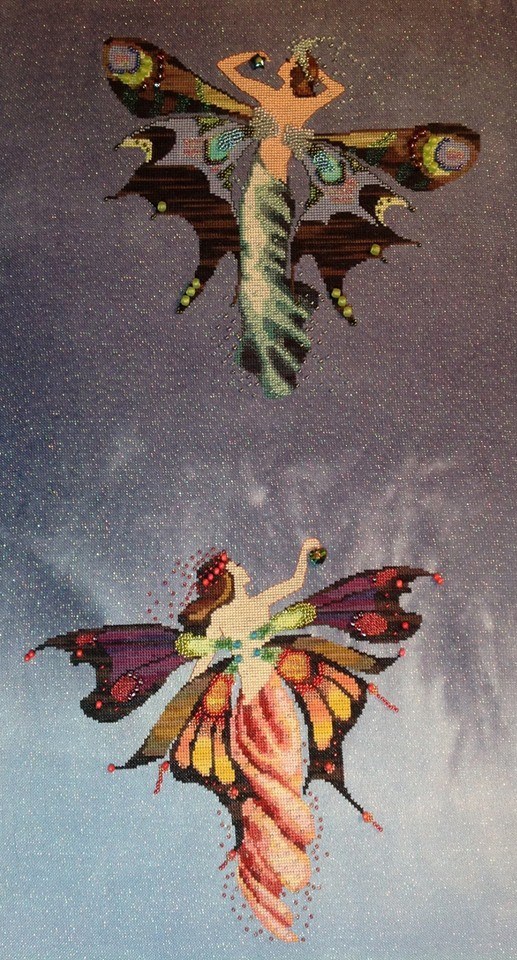 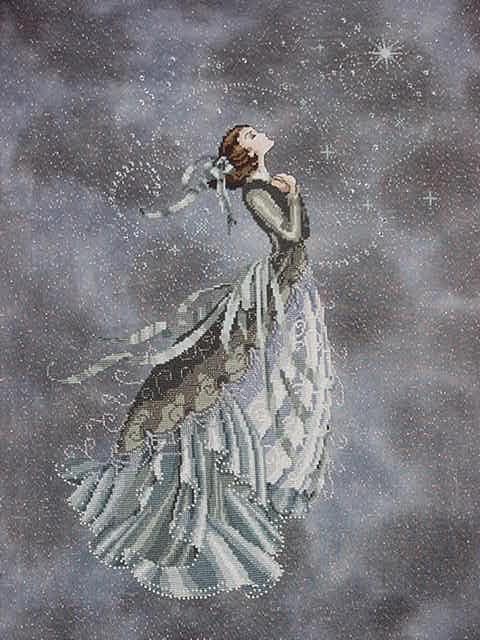 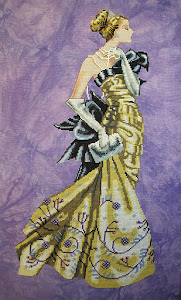 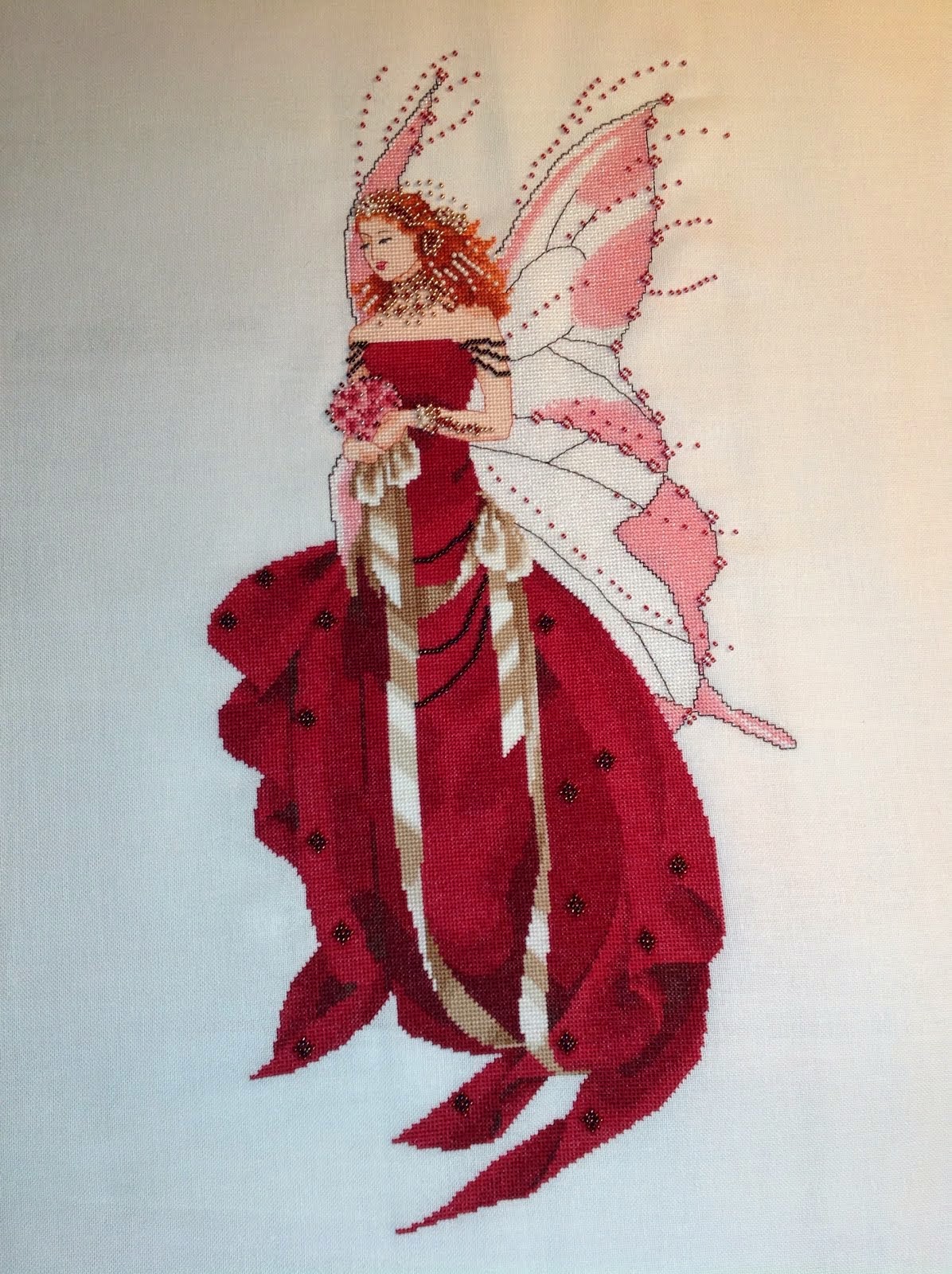 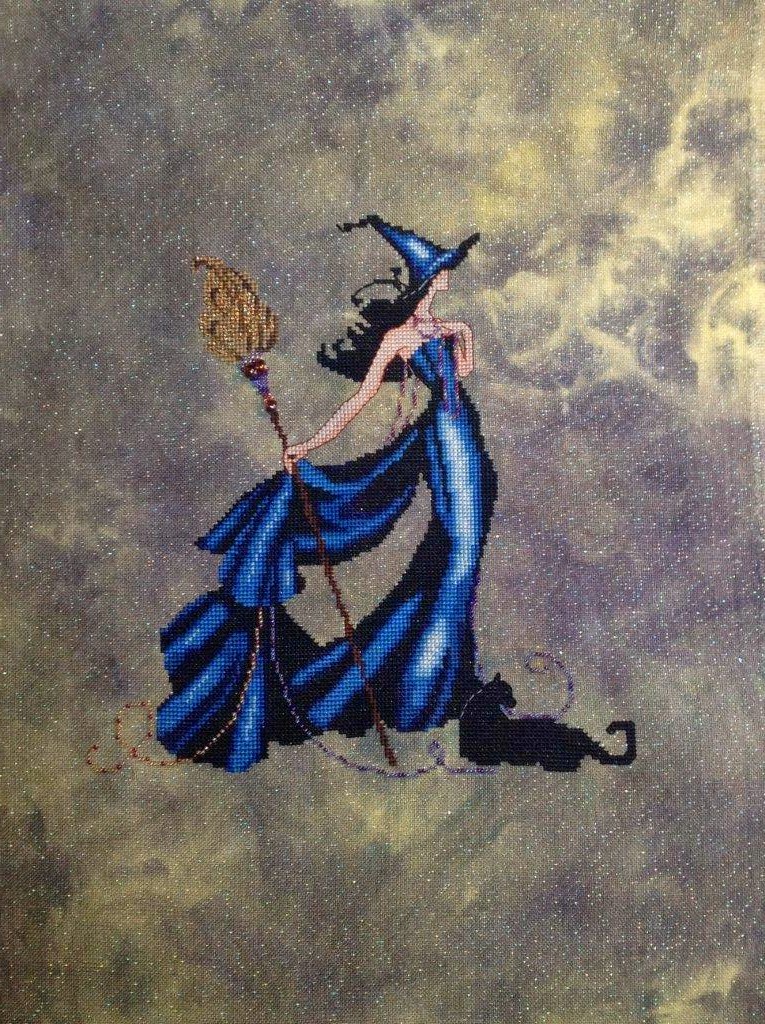 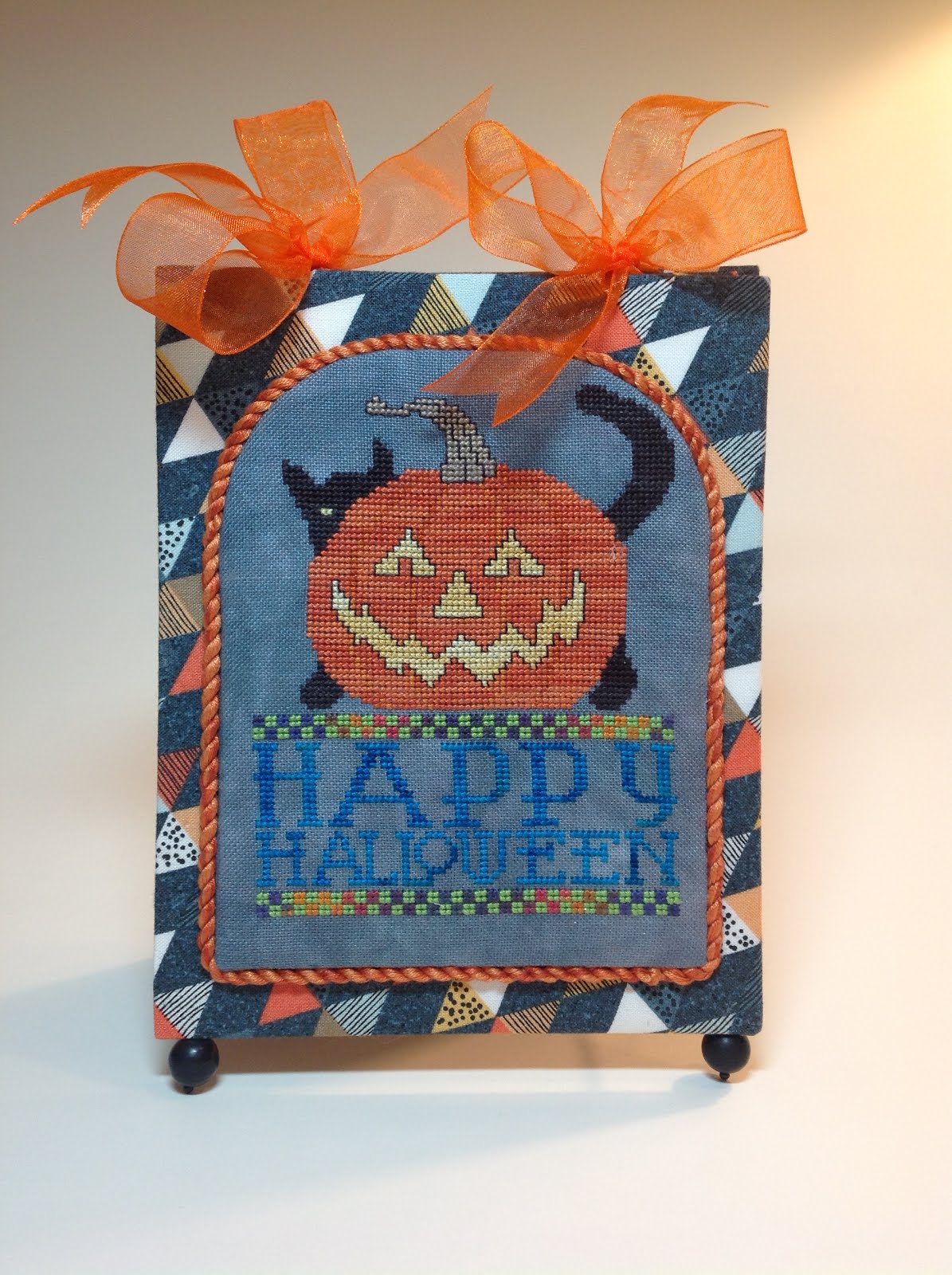 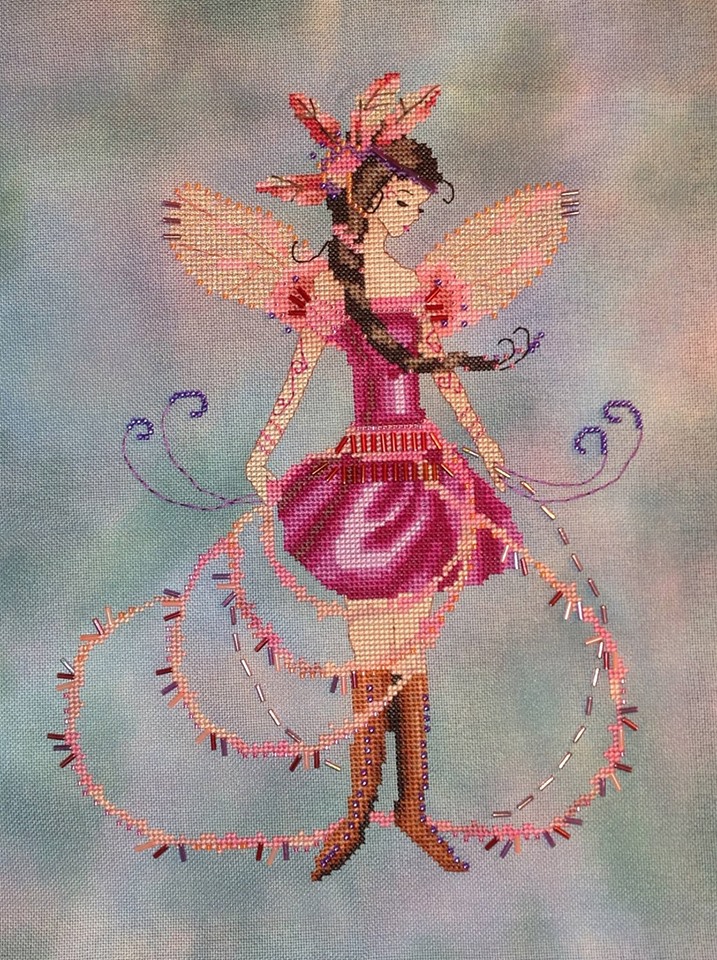 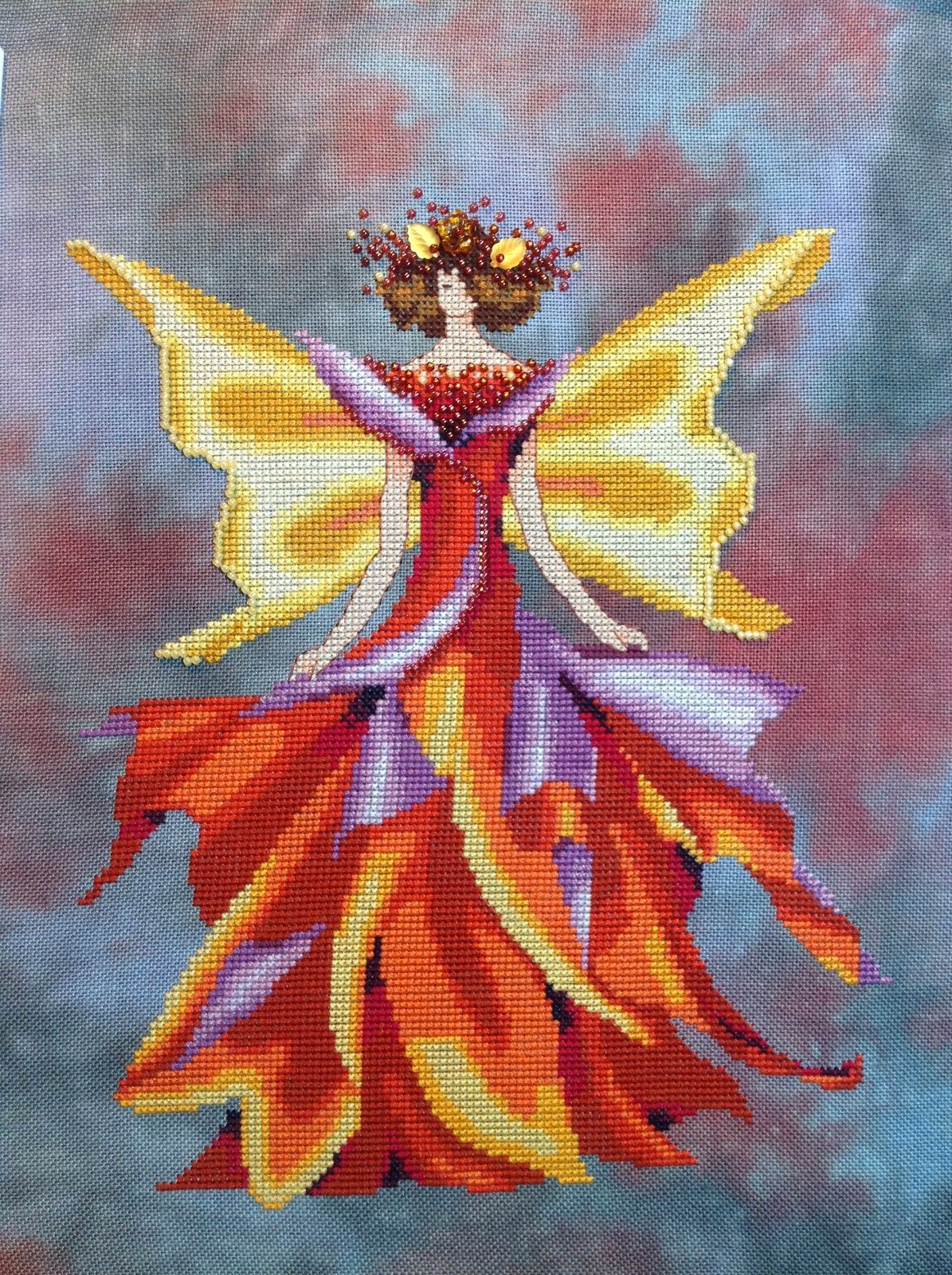 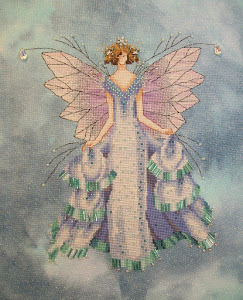 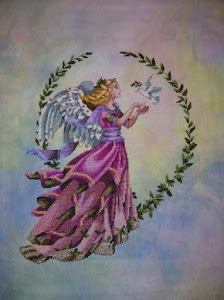 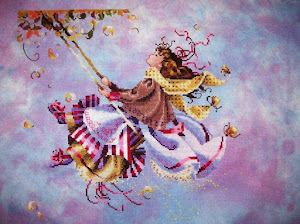 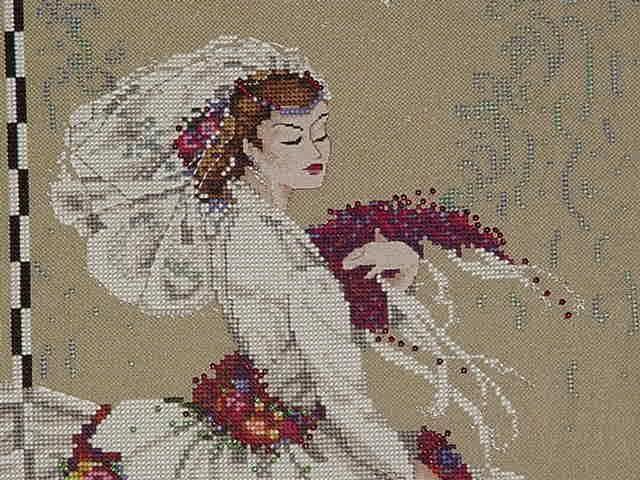 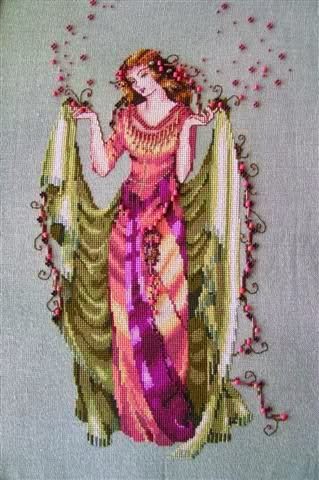 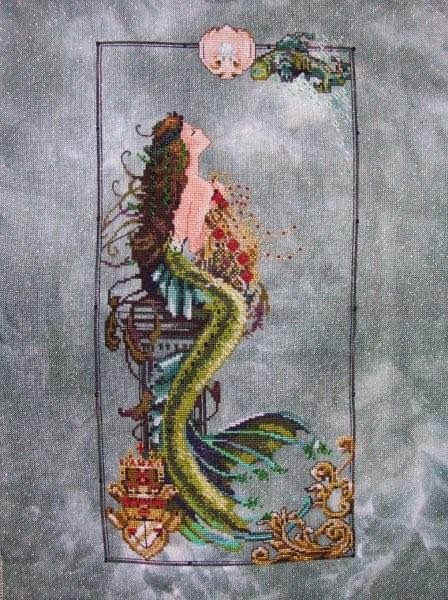 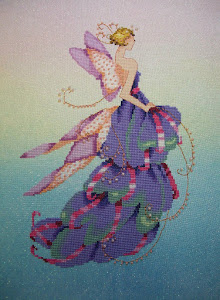 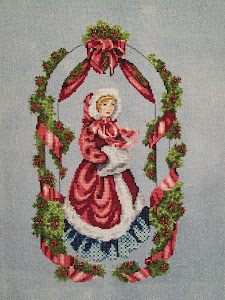 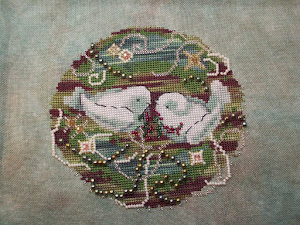 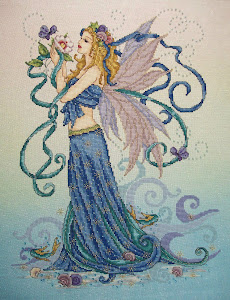 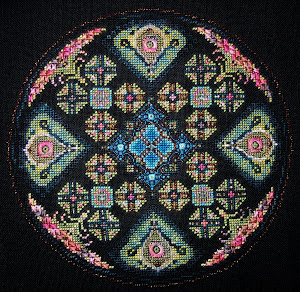 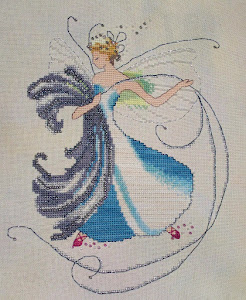 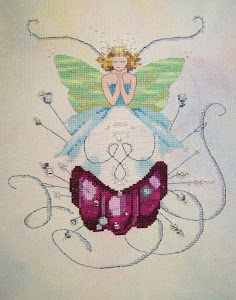